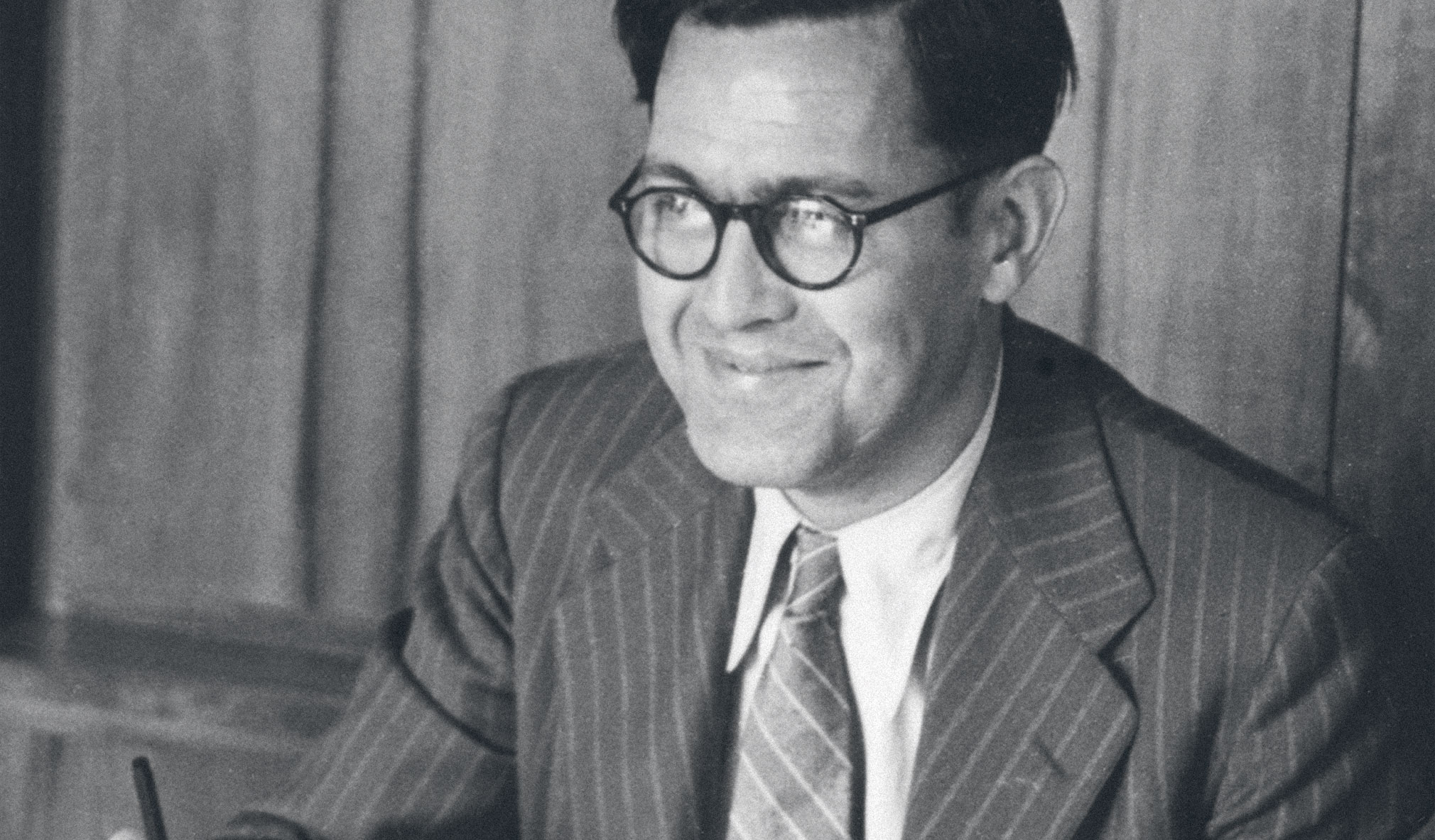 Fritz Leonhardt was the creator, designer and constructor of the Stuttgart Television Tower; one could also say "the architect", although he was actually a structural engineer by profession.
Leonhardt not only strove for technical perfection – he also wanted his buildings to be aesthetic. He himself said of the Television Tower: "With this building we seem to have succeeded in proving once again that it is possible to design a technical necessity in an aesthetic form that gives pleasure to people as well as being of service to them."

At the age of 44, in the middle of his life, this structural engineer from Stuttgart constructed a tower using a building material which had previously been used for bridges, but never before for towers: prestressed concrete. But this new material was not the only challenge: Leonhardt wanted more. He visualised a tower with an attractive form that would be accessible to the general public, with catering and an observation platform.

“The structural engineer, too, must regard his profession as that of a planner, architect and designer and consider the buildings in their entirety. He must also, at the very least, have a feeling and understanding for aesthetic design, since his buildings are also a part of the built environment.”
Fritz Leonhardt

Originally it was planned to erect a 200-metre-high steel lattice mast. It was to cost around 200,000 DM and reach completion in the late summer of 1954. Fritz Leonhardt, the state architect and advisory engineer for bridges and structural engineering, heard of the plans by chance. In his opinion, a lattice mast would be a blot on Stuttgart's landscape in this elevated location. He was able to gain the enthusiastic support of Helmut Rupp, the SDR's Technical Director, Fritz Eberhard, its Director General, and Friedrich Müller, its Administrative Director, for his vision of building a tower with an observation deck and café instead of a purely functional construction.

The controversial project took its course. Some members of Stuttgart's town council feared a financial disaster. After months of negotiations with the city, the SDR's board of directors decided in May 1954 to finance the Television Tower on its own and commence building without further ado. On 10th June the bulldozers rolled up.

The Tower was completed in only 20 months in accordance with Leonhard's plans. Its artistic and technical director was the architect Erwin Heinle. The estimated cost of construction was around 1.7 million DM. There were protests on the part of Stuttgart's citizens when the Tower became visible from all directions, protruding high above the treetops. Letters to the press described it as a monumental blunder, an eyesore, and completely out of place in the beautiful wooded landscape.

No reception in time for the World Football Championship

The Tower was not finished in time for the World Football Championship in 1954. The SDR was able to begin broadcasting on 29th October 1955, i.e. prior to the Tower«s official inauguration. Poor reception in the Greater Stuttgart area was now a thing of the past.

The Tower through the years

Leonhardt was a renowned engineer who was known in particular as a builder of bridges. Building a tower was in many respects a challenge: would the slim construction withstand all imaginable pressures? The foundations would have to support the 3,000-tonne weight of the shaft. The elevator and its counterweight must on no account demolish the foundations if it crashed. The structure had to be impervious to gales or earthquakes. Wind noise and wind pressure had to be taken into account, as did safety precautions against thunderstorms and lightning. The natural movement of the Tower had to be reduced to a minimum. While considering all these factors, aesthetics always played an important role Ð though bearing in mind that the Tower was, first and foremost, a functional building and that many people were waiting impatiently for better television reception.

As far as the safety of the Tower was concerned, Leonhardt made a particular effort. He and his colleagues almost doubled the wind pressure requisites of the standard building regulations and made the Tower 2.5 times safer. The Tower would survive unscathed a storm four times more severe than any hitherto experienced in the region. It would only break off or collapse if wind pressure were 5Ð6 times in excess of this.

For their calculations, engineers at that time had neither electronic calculators nor computers at their disposal, but only slide rules. Rubber bands were used to imitate tensile force and load-bearing capacities.Ê

From a Gamble to a Landmark

In spite of all the safety precautions, the Tower was still a gamble. Even if Leonhardt had been used to working with prestressed concrete for bridges and houses, he lacked experience in building towers. There was also little practical experience in Europe regarding the use of aluminium cladding. Furthermore, there were doubts as to how wind and weather would influence the construction process.

The fact that the Television Tower was actually built at all at this point, despite the many question marks, is due to a chain of bold decisions. Leonhardt, the initiator, succeeded in inspiring others with enthusiasm for his ideas. The then directors of the Süddeutscher Rundfunk continued to endorse the project in the face of exploding costs. An experienced architect was found in the person of Erwin Heinle. As site supervisor, Heinle managed to find a solution to any problems that cropped up during construction. In addition, he was responsible for the interior fittings and the buildings at the foot of the Tower.

In the mid 1950s, Stuttgart was still a city scarred by war damage and was in the middle of a building boom. Many other buildings were under construction at this time. 1956 saw not only the inauguration of the Television Tower, but also the completion of the new town hall, the Liederhalle and the bridge in Obertürkheim.

In an article in the Stuttgarter Zeitung on the opening of the Tower, Leonhardt wrote: "On its inauguration day, I harbour the wish that this building will give increasing pleasure to my fellow citizens, that as many as possible will come from far and near to enjoy from on high the magnificent views over our Swabian homeland, and that Stuttgart's inhabitants will then gradually come to be proud of their Television Tower." 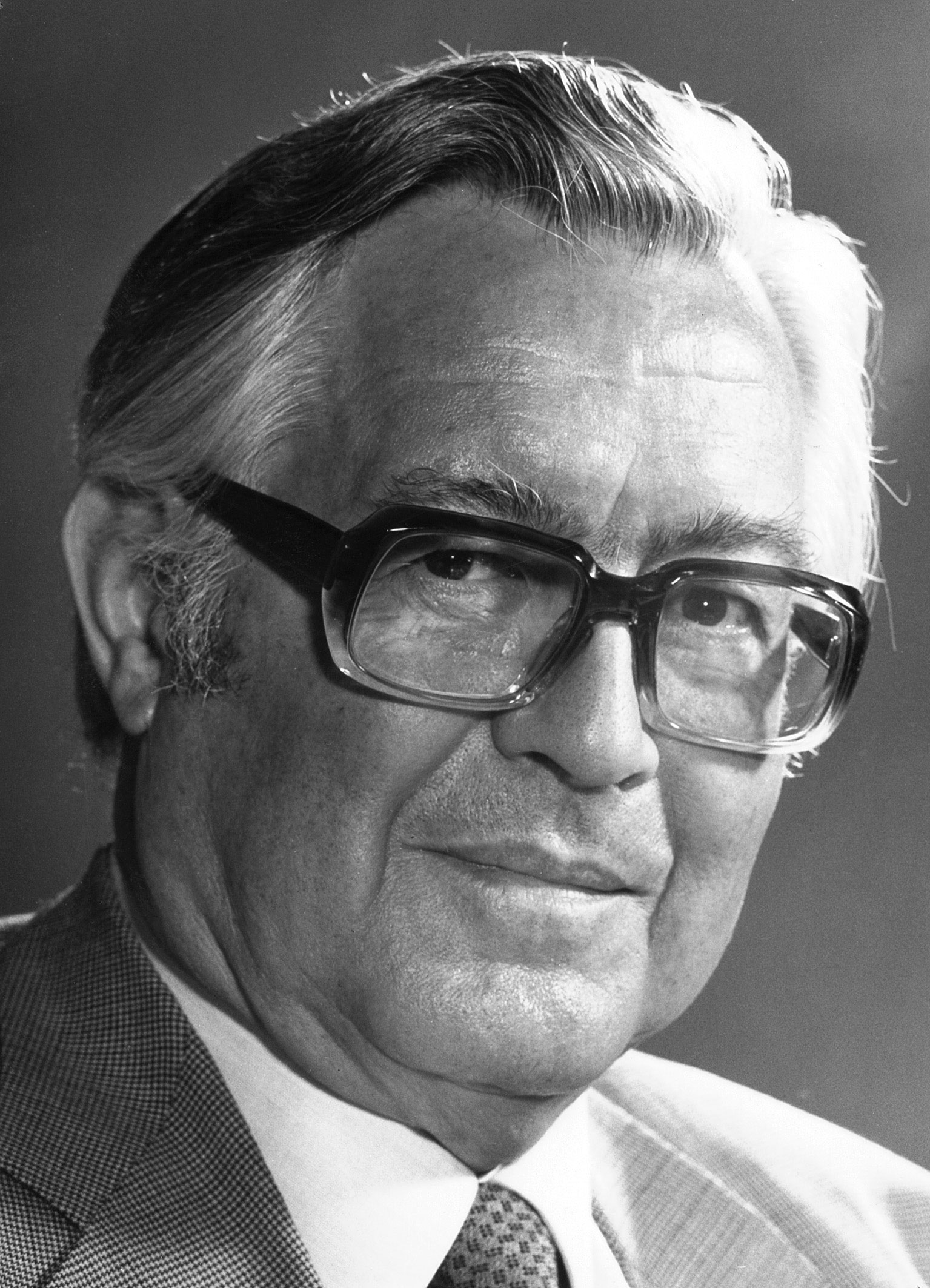